Ray Spotts is an entrepreneur’s entrepreneur. He has helped well over 100 people make a million or more dollars. Ray has extensive experience in business and has personally made over a million dollars in 3 different industries.

Ray started in business with humble beginnings; his first job at 15 was as a janitor in a church. He worked every Saturday for 4½ hours scrubbing toilets, vacuuming and general cleaning for $1.00 an hour or $4.50 a week in earnings. After several months at that job Ray ask his dad if he could quit and his dad told him not until he got another job. At 16, one of Ray’s high school friends got him a job selling magazines door to door – a job he liked. At the magazine sales job he quickly surpassed the income levels of his high school teachers working part time. It was at this time that Ray was recognized as a young business phenomenon. At a very early age Ray realized he had a gift that no one around him seemed to understand – in fact it was almost as if he knew instantly what to do when a question or opportunity presented itself. Many were astounded at Ray’s early success! Before he knew it he was ranked #2 in sales in the Nation for the Hearst Corporation in their magazine door-to-door division and then things snowballed – paying his way through college.

After college and a couple of other jobs, Ray ended up back in the magazine business and was soon promoted to a branch manager. His branch office ranked 45th out of 46 branches – next to last. The following year he took his branch to # 1 in the country surpassing seasoned professionals that had had branch offices for more than 25 years. He went on from there to start his own magazine business and make his first million. He sold out in 1990 and entered the Multi Level Marketing (MLM) industry.

He became the top distributor of 2 companies, but found the industry somewhat volatile because of the bad decision making by MLM company owners. He was ready to get out of that industry when a business associate begged him to stay in and give it one more shot. He agreed only if the business associate who had 25 years experience in the MLM industry would help Ray do an analysis on the industry so Ray could pick a company that had the potential for long term growth. 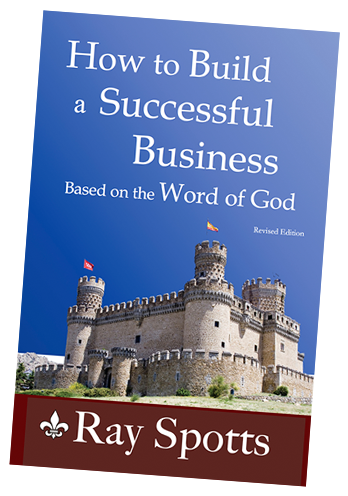